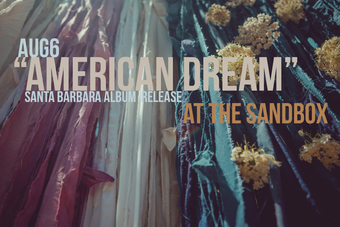 OK
Rainbow Girls is a collaborative of songwriters, multi-instrumentalists, vocalists, and California natives who've spent the last 5 years touring Europe and the US as a rock n' roll band, but who've recently returned to their folkier roots by embarking on a house concert tour across America. The current trio version of the band (Erin Chapin, Caitlin Gowdey, & Vanessa May) highlights their rich harmonies, ageless songwriting, and soulful, bluesy sound at its rawest form.
The ladies came together at an underground open mic in Santa Barbara, CA in Dec. 2010 and spent the following summer busking and couch surfing around Europe. Since then they have released two studio albums, toured the US and Europe extensively, and simultaneously developed two different forms of performing: 1) an electric, rock n’ roll, all-out dance party; and 2) an intimate, acoustic set centered around their unique harmonies and insightful songwriting.  This album release show will be of the latter.
Live Music Nightlife