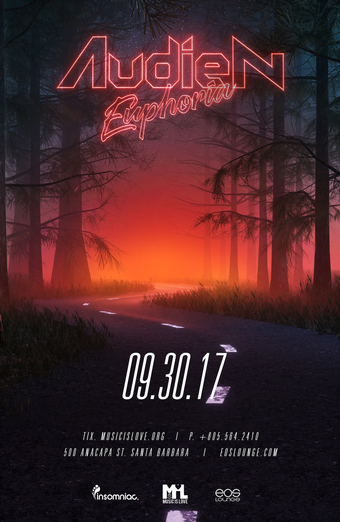 In the middle of a global explosion of Electronic Dance Music, a genre that thrives in the most exclusive nightclubs of the world’s cosmopolitan cities, a prodigious producer has emerged from the unlikeliest of places. The small seaport town of Mystic, Connecticut, has been the home of Audien (AKA Nate Rathbun) for his entire life, and it’s in a small apartment in Mystic where Audien began creating music in 2008. Using a very basic set up, and a secret cocktail of plug-ins, Audien worked diligently to hone his craft. By age 17, while his friends were either preparing college applications or teeing up jobs, Audien began to test the waters by sending his unsolicited music out to producers, labels & bloggers. Though confident in his sound, Audien carefully managed his expectations, suspecting it was unlikely that he’d hear back from a random demo submission. An enthusiastic response came, however, from Flashover Recordings, the trance label owned by beloved Dutch Producer/DJ Ferry Corsten. Audien’s single “Rise & Shine” was released, and soon thereafter he was off to the races.