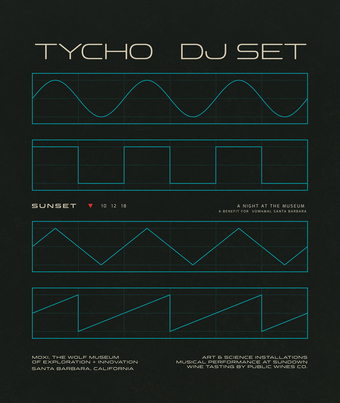 This Event is 100% Sold Out. Thank You Santa Barbara!

General Terms
All tickets are non-refundable. No Ins or Outs. No outside food or drink. This is a rain or shine event. Must be 21+ with ID to attend.
Refund Policy
All tickets are non-refundable.
Cancellation Policy
In the event of an event cancellation, all tickets will be available for refund. Under any other circumstance, tickets will not be refundable. This is a rain or shine event.
Age Restrictions
Must be 21+, with a valid government ID or passport to attend.

with a special sundown rooftop performance from 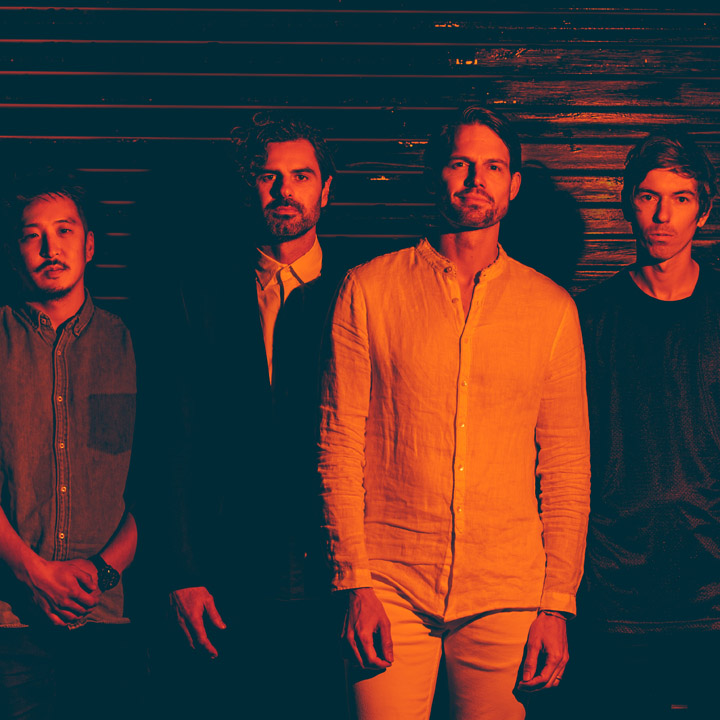 An epoch is defined as an extended period of time typically characterized by a distinctive development or by a memorable series of events, and Scott Hansen, leader of the band Tycho, has named their new album Epoch (Ghostly International) with that in mind. The last installment in a trilogy, Epoch is the culmination of more than a decade's work that has seen the band evolving and maturing through two sublime releases Dive (2011) and Awake (2014), and developing from featuring Hansen as a delicate solo performer into the iconic frontman of a powerful multi-layered live band performing on the world's largest stages.

"Dive was where the whole thing crystallized," said Hansen. "I found that crossover space between what I was doing before, which was more IDM electronic stuff, and the rock music that reflected more of what I was listening to and not necessarily what I was making. Awake was a prototype of pushing it as far into the rock realm as I was comfortable with. Epoch is basically coming full circle. All the lessons of Dive and Awake were applied and then expanded upon." Epoch leverages the sonic aesthetic of Dive's down-tempo vintage- style synthesizers and beautiful melodies while drawing on the kinetic energy of Awake's progressive composition and organic instrumentation. "I felt like I explored a lot of open-ended unbridled, optimistic spaces with the other records. I don't know if it's a reflection of my life, but it seemed like that's what just came out at the time." For the new record, the themes felt a bit darker as he explored new musical territory. "My threshold for darkness is much lower. Things that seem dark to me seem happy and light to other people. I think it's the darker sounds themselves. The timbres are a bit more aggressive."

Hansen initially attempted a more traditional recording process at Panoramic Studios in Stinson Beach, CA, but ultimately opted to do the majority of the recording in his home studio in Berkeley following a temporary relocation from his home in San Francisco.

"I've been in the same San Francisco house the last 11 years. I made the last two records in the exact same room. I figured it was time for a change. There were a few other factors as well. I wanted to get some more space, be relaxed, and not be living in the middle of a crazy city. I wanted to have a more relaxed environment where noise or people didn't bother me. Mostly just for the isolation."

Once complete, it was important to Hansen to release Epoch as a surprise album. "I've never been fond of handing in an album then waiting 4 months for it to be released," he said. "I wanted to be more connected to the people consuming the music. There is a kind of visceral fulfillment you get from sharing something that you've just created with other people. That's a very satisfying feeling as an artist.

"All art is in some way shaped by the current state of the world around the person creating it so there's a element of zeitgeist built into any album. We just finished mastering the album so it will be a month old when people hear it. I'm hoping people get a sense that this music is directly connected to the time they are experiencing it in."

Epoch was arranged alongside Zac Brown, a long time collaborator and partner in the Tycho project. Brown contributed bass and guitar parts to the songwriting process, while Rory O'Connor played drums. O'Connor was brought in during the Dive tour cycle. Hansen has known Brown since their Sacramento upbringing.

"At the end of Dive is when we started to work together on a couple songs. I thought there should be more guitar. Zac played on a couple songs like on 'Ascension.' He played some bass and guitar on 'Hours.' I brought him on to play parts in the shows. We did Awake together. We took the same approach with this record." Hansen sees Epoch as a multi-dimensional artistic vision at the confluence of his graphic design work via ISO50 and music with Tycho. The graphic presentation of the album artwork is as important as the music itself. The keystone is the central image of Epoch and the colour scheme red and black. This is a stark contrast to the almost rainbow palette of Awake.

For more information on how you can support Vow4Mal, please contact us at Vow4Mal.org

Vow4Mal focuses on education, prevention and eliminating the excuses for and change stereotypes about drinking and driving. 4ever Missed, Always Loved, #Vow4Mal