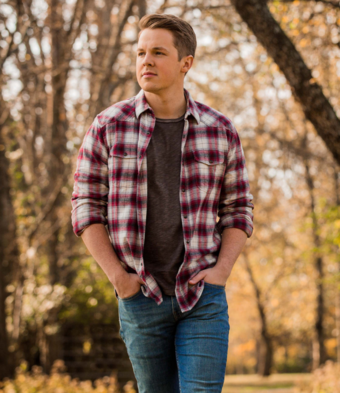 Coming off his #1 Hit "After a Few"
Don't miss this show!

General Terms
All items are non-refundable, all sales are final.
Refund Policy
There are no refunds after purchase.
You must be 21 + with a Valid State issued form of Identification to enter.
Transfer Policy
Tickets can not be transferred

Inspiration often springs from an unlikely source, and for Mercury Nashville’s Travis Denning, attending hair-metal icons Mötley Crüe’s show as a kid sparked a musical fire. Honing his musicianship and songwriting chops from that point on, Denning broke into country with a double shot of radio-ready singles – and now he’s tapping raw, live-show magnetism for his debut EP, Beer’s Better Cold, available now.

“I want people to come away thinking ‘Who in the hell was that?’” he says of his first major label package. “And ‘Where can I hear more?’”

Now 27 with a lifetime of shows on his tab, Denning counts himself a student of country crooners and hard rockers alike, boldly unafraid of his wilder impulses. He was born into a generation without sonic borders, and grew up loving everything from The Allman Brothers Band to Metallica, Pantera and Outkast.

A native of Warner Robins, Georgia, he’s a natural guitar slinger and gifted live performer, who often injects his humor into stage shows and singles alike. Denning first picked up a guitar in grade school, and by the age of 16 was turning heads at the front of a rowdy bar band every weekend. Still, he put off moving to Nashville until he was 21, quickly establishing his songwriting cred with cuts by Jason Aldean, Justin Moore and Chase Rice when he did. In 2020 Denning tallied his first Top 20 hit as a writer with Michael Ray’s reflective “Her World or Mine,” but the spotlight has always called his name.

Signing his record deal at 25, the Top 40 hit “David Ashley Parker From Powder Springs” introduced him as a smirking tunesmith, while “After a Few” showed a darker, sleeker side of his artistic brew – rocketing into country radio’s Top 5.