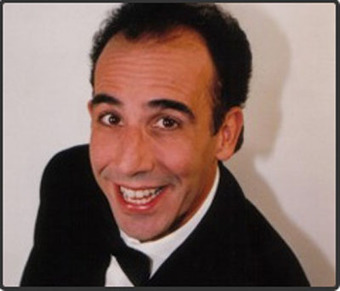 Anzalone’s television appearances include America’s Funniest People (ABC) and the Showtime Comedy Club Network. In addition, he has been profiled on radio’s All Things Considered (NPR).

Tom has delighted audiences in comedy clubs and colleges around the country. He’s filmed a segment on the ” Showtime Comedy Club Network,” as well as “America’s Funniest People,” “Comedy Central,” and of course, many radio shows and theater appearances. Tom has showcased at the National Association for Campus Activities Illinois/Indiana Regional Conference in 1989, as well as, the East Coast Coffeehouse Convention in 1990. Recently, Tom has written, directed and starred in his own children and family oriented show, “Songflower Seeds” and has sung and co-written songs for a recording on A&M Records.