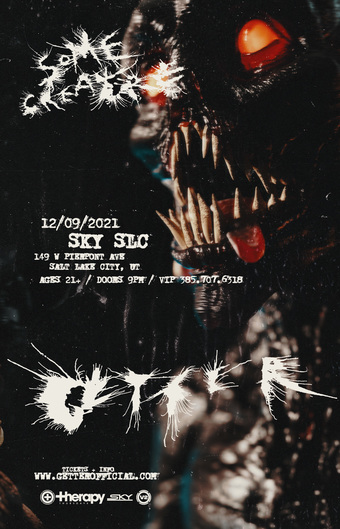 On December 9th - Getter joins us in Salt Lake City for an exclusive performance of his latest release!

For American electronic music producer Tanner Petulla, more often recognized by his stage name Getter, 2015 was a year of exploration in the art of experimentation and 2016 has been proof he is not going anywhere anytime soon. With the dropping of his second EP signed onto Skrillex’s imprint OWSLA titled Wat The Frick, celebrated by his embarkment of his first headlining North American bus tour a mere week after, appearing on Last Call with Carson Daly as well as constant additions of new merchandise to his Trippy Burger clothing line along side a multitude of music projects – it’s been a busy year. As he grows as an artist – his musical repertoire has evolved from aggressive baselines early in his career, to a blend of beats sailing buoyantly over waves of reverb and bass, to mesmerizing hip hop beats as seen on Pouya’s, Dumfoundead, and $UICIDEBOY$ most recent albums – there’s truly no genre safe to his touch.