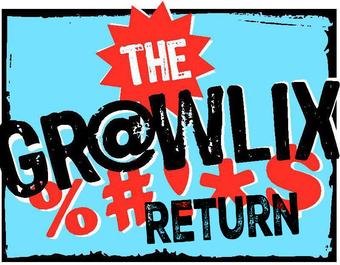 The Grawlix are back in The Mile High!

Join us for the next show on June 29th. Joining Adam, Ben and Andrew on The Bug stage is a lineup of local and national up-and-comers and established crushers...

Miriam Moreno
Miriam Moreno is a Denver comic born in México and is perfect for you if you enjoyed the Disney/Pixar movie Coco but wanted more death. She runs a great show called Comedy Super Jam on the last Friday of each month at Mutiny Information Cafe.

Sam Tallent
Known for whip-quick wit and rollicking improvisations, Sam Tallent is one of the sharpest, most original rising talents in comedy today. He has been called "the absurd voice of a surreal generation" by the Denver Post, and, when not maintaining a "Black Flag esque tour schedule" (Savage Henry Magazine), Sam has worked alongside many of the biggest names in comedy, including Dave Chappelle, Doug Stanhope, Dana Carvey, and Hannibal Buress. Sam has performed at the Oddball Comedy Festival, High Plains Comedy Festival, Hell Yes Fest, the Chicago Comedy Expo and the NY Film and Television Festival. Sam regularly headlines his hometown club, the legendary Denver Comedy Works. He recently won his battle on Comedy Central's Roast Battle, and was seen on VICELAND's Flophouse as well as the Chris Gethard Show. His writing has been published on VICE.com. He lives in Denver with his wife and his dog.

Debra DiGiovanni
Comedian Debra DiGiovanni is a four-time Canadian Comedy Award winner and has been called the “Best Comedian to see after a Messy Break Up.” She was a finalist on NBC’s Last Comic Standing, star of Match Game on The Comedy Network, and her comedy special “Single Awkward Female” can be seen on Netflix in the US.  Debra is regular at all the comedy festivals, and clubs across the country. Her comedy has a sharp edge while maintaining a playful, happy air, and her charm lies in her unflinching honesty, and rapid-fire delivery. Debra's second comedy special recently premiered on CraveTV.