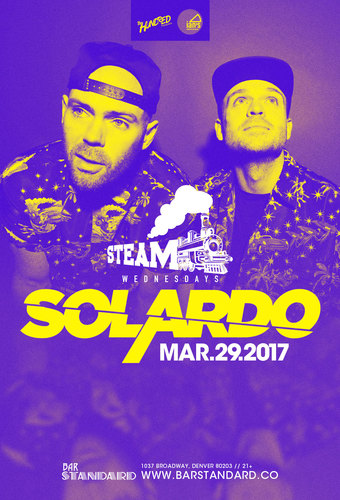 House and techno artists Solardo are made up of UK based producers Mark Richards (MRK1) and James Elliot.

Having previously had a long and deep history in other music genres, Solardo, are now one of the most hotly tipped DJ/production duos in the house and techno scene. Solardo are carving their own sound in the house and techno market. Their productions have their own unique warm, and high-energy sound which have received great support from the likes of Jamie Jones, Richy Ahmed, Skream, Paco Osuna, Steve Lawler and Jackmaster to name just a few.

Solardo breakthrough single ‘New Jam’ released in 2015 via Viva Music, went on to become an Ibiza anthem over the summer. The track received support from pretty much everyone in the house and techno scene.