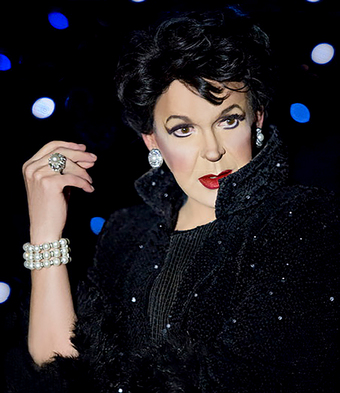 ShowStoppers: An Evening With Garland And Minnelli

Mother. Daughter. Each iconic. Each famous. And so very much a part of each other. And both, in their own way , have played a significant role in the history of the Gay Community. Come spend an evening at the Cabaret.........

ShowStoppers: An Evening With Garland And Minnelli

OK
ShowStoppers, An Evening With Garland & Minnelli is a multi-media concert, celebrating the careers of two legendary superstars, Judy Garland and Liza Minelli. The show recreates Garland's iconic 1964 television series as well as highlights some of Minelli's repertoire frm her Radio City Music Hall appearances. Highlighted with personal anecdotes, ShowStoppers delivers that moment when you catch yourself saying "I can't believe it..."

Logan's illustrious career spans four decades from his start with the "Jewel Box Review" at Miami Beach's 'La Ronde Superstar Theatre' in the renown FountainBleu Hotel. He has toured extensively across the United States, Canada and was a cast ember of the first impressionist/impersonator companies to perform in The People's Republic Of China.

As a featured cast member of "An Evening At La Cage" he opened with the famed show at Bally's Atlantic City and at the Riviera Hotel in Las Vegas, and continued on to perform with the San Francisco, Los Angeles and Miami companies, as well as participated in multiple national tours.

Mr. Walker extensively studies the celebrities he chooses to portray. He strive to emulate everything from speech pattern, their walk, to hand gestures and bows. His illusions have been called simply amazing and uncanny. His television credits include: "Hunter", "To Tell The Truth", "Entertainment Tonight", "Leeza Gibbons Show" and many others. Included in his film credits are "Don't Tell Mom's the Baybsitter's Dead" starring Christina Applegate.