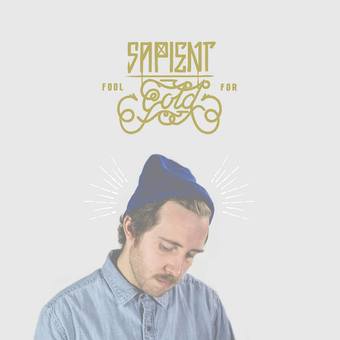 SAPIENT Sapient is a Hip Hop artist based in Portland, OR who has been an influential voice in the Northwest music scene for the past ten years. An exquisite and high energy live performance has taken him across the world, leaving onlookers captive until he exits the stage. His songs and are known for their heavy hitting beats beats under inspired melodies paired with Sape’s rhymes which matchless in delivery and wit. Music is Sapient’s element and there is nothing comparable to witnessing him in the midst of it.

OneWerd Tyler Webb (born May 24 1980), better known by his stage name OneWerd, is an American alternative hip hop artist. Originally from San Mateo, California, he has lived and performed throughout the San Francisco Bay Area. Since 2008, OneWerd has released 5 commercial albums, including Basement Futuristik, California Content Standards, Studio Gangster, A Majority of One, and #workflow. His upcoming album Free Music is self produced and contains dubstep, trap, and electronic influences

For OneWerd, the journey has always been about the music, and vice versa. Hip Hop for the Bay Area emcee and producer began in the SF bay area amidst a haze of graffiti-based classroom scribbles, open-mic freestyle cyfers, and the peak of the mid 90’s underground scene. A visit to the San Francisco Museum of Modern Art, with their current exhibit on the artwork of legendary SF Graff writer TWIST, keyed Werd into the notion that there was something unusual happening on the streets of his neighboring metropolis. Though music didn’t come into Werd’s reality for another year or two, when it did, a fire was caught that’s still burning today.
Fast forward through college years, broken and mended friendships, supergroups formed, broken, re-formed and broken again….fast-forward through loves lost, four-track tapes, MPC 2000 beats and a developing craft ….fast forward through life changes and redirections, once-broken family reunions and faith found….fast forward to today. Werd’s music is a tribute to all it’s taken for him to become the musician and the person he is now. Music has always been about expression, and OneWerd’s message is one that anyone can relate to, regardless of our walk of life, style, or mode of expression. Believe in yourself, follow your calling, and forge your own path.

Snap Murphy & Sky-Fi Snap Murphy grew up in Northwest Indiana starting rapping at the ripe age of 8 years old. Some of his influences growing up have been Onyx, Rakim, Slick Rick, Wu Tang, Nas, 2pac, Biggie, A tribe called quest, amongst many others. Snap Murphy's lyrics are Powerful to say the least. With strong emphasis on life and love his words can be felt by fans of all music cultures. He shows strong conviction on stage and you can feel the intensity and passion that he conveys at his live performances.

The Versifiers The Versifiers emcee crew is made up of 3 emcees Betarock, dBL, and Droh. They usually play with their bad ass D.J. Sol Wright. They also play frequently with Norman English, a fantastic saxophone player and the San Francisco band The Junk Show. The beats that are used for the songs that they craft are made by beat makers literally all over the world. Find The Versifiers on soundcloud to see notes on the producers for each song, lyrics, features, etc.

As 90’s golden era hip-hop heads who all shared a passion for music, the friends got into creating music right when they met at the age of 18. The trio have always had a love for the art and as they grew up they continued to work on their craft and create together. Their songs represent who they are as people. They are honest, genuine, and meant to speak to all ears who take time to listen.

They make art for the “every man,” the folks who work hard at what they love and are good to their families and friends. While they do the majority of their shows in the Bay Area, The Versifiers also have a circle of folks in L.A. and have an appreciation for art and worldly views.

Influences range from Mos Def to Miles Davis. From Hiero and Hobo Junction to The Devil Makes Three and Alabama Shakes.

The Versifiers refuse to be defined by preconceived confines of what others feel hip hop should be.