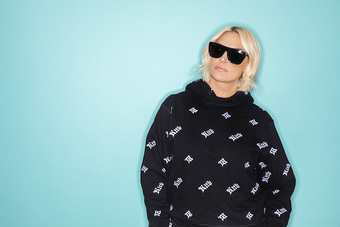 OK
A chance encounter with then Defected Radio host, Aaron Ross, in NottingHill in the early 00s, led Sam to Ibiza where she quickly became an integral figure in the West End. Since then she’s played at some of the island’s biggest clubs year upon year, holding down residencies at Pacha, Mambo,Amnesia, Eden and Ushuaïa, and sharing space with some of the greatest names in dance including Frankie Knuckles, Master’s At Work, MK, DJ Spen,KiNK, Sandy Rivera and The Shapeshifters.


Sam shows no sign of slowing down in 2020 with a number of Defected parties already in the diary, a return to the festival circuit, an Australasian tour and solo tours throughout North America and Canada. December will also seethe return of last year’s sold-out Openers tour with Sam playing all night long across two weekends in December. 2020 brings new music in collaboration with Australian DJ and producer, Kormak, on Defected as well as a new EPon her own label. With her passion and dedication to her music beyond doubt,Sam Divine is a musician who will continue to evolve and grow
Nightlife Concert