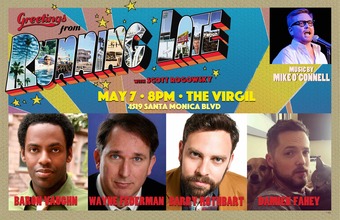 * lineup is subject to change
Comedy