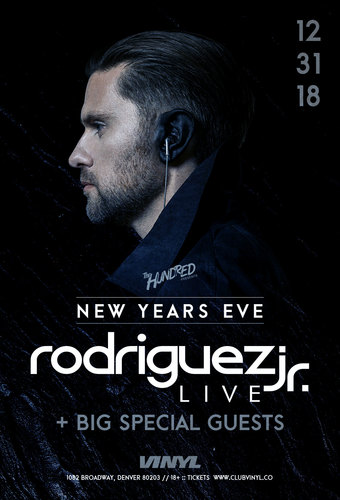 A product of South Of France, between Nîmes and Montpellier far from any big city, Olivier Mateu grew up on the seaside during the 1990s where he oscillated between piano lessons and electronic music parties.

As one half of French electro act The Youngsters – best known for their two studio albums and singles for Laurent Garnier’s F-Communications , the Youngsters’ award- winning productions catapulted them into the international arena, taking them to some of the biggest clubs and festivals around the world.

Rodriguez Jr. reveals a different incarnation of Mateu’s musical psyche, one that strides ahead, guided only by his kaleidoscopic vision; moving through shimmering, contemplative electronica, to deep and urgent techno, left field melodic accents and quirky pop refrains. Drawing inspiration from artists as diverse as Stockhausen, LFO, Carl Craig, Eric Satie, Kraftwerk, and Michael Polnareff, Rodriguez Jr.’s spirit of adventure translates as soaring creativity, and music that cannot be pigeonholed.

For a solid 10 hours a day, Mateu manifests Rodriguez Jr. in his MLab Mk5 studio, which brims with vintage synthesizers, keyboards and dusty analog gear. June 2017, Mateu returned to Mobilee with his evocative album Baobab, a ten track masterpiece that elicits powerful emotions through music. Globally supported and met with high acclaim, the intelligent and skilful production aligned him at the forefront of electronic music.