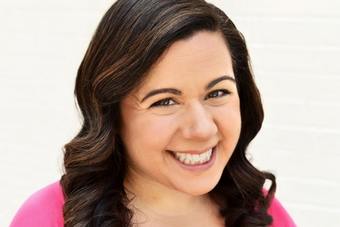 Soul Joel's Comedy Club and Lounge on the 4th Floor of Stoveworks in Royersford with a beautiful view overlooking the Schuylkill River.
Door opens at 7pm, Show starts at 8pm

You can hear Regina long before you see her, so this stand-up comic is always easy to find! You can take a little time to enjoy The View on ABC, particularly because Regina is there every day warming up the audience and having fun with the ladies (and the amazing crew). You can listen to The Howard Stern Show on SiriusXM, because Regina is a guest contributor, and she loves getting silly with everyone that makes that show come together.

Recently, Regina warmed up the audience for the Women of a Certain Age television special starring The Nanny herself Fran Drescher and comedy greats like Lynne Koplitz and Luenell. She is a regular performer at the world famous Friars Club, where she has graced the stage with the likes of Lisa Lampanelli and Dominic Chianese. Regina has opened for comedy greats like Gilbert Gottfried and Nick DiPaola, and she is proud to have performed for Chazz Palminteri's charity organization.

Before taking the plunge into stand-up comedy, Regina worked for many seasons behind the scenes at Saturday Night Live, and then Whoopi, Whoopi Goldberg’s NBC sitcom. Regina made her television debut on AXS-TV's Gotham Comedy Live. Her stand-up has been featured numerous times on FOX TV's Laughs, and she appeared on The Dr. Oz Show as herself. She’s performed at colleges all over the United States, and she’s even done comedy in Shanghai, China. She’s been a part of the Nantucket Comedy Festival, the Laughing Skull Comedy Festival in Atlanta, Georgia, the Asheville Comedy Festival in Asheville, North Carolina and Boston’s Women in Comedy Festival.

In 2012, Regina was crowned the new winner in the Ladies of Laughter Competition, thereby joining the ranks of the many fabulous female comics who came before her. She was a Semi-Finalist in the 2012 She-Devil Comedy Festival in NYC. Regina was voted Lower Hudson Valley’s Funniest Person in 2011. She filmed a "Mom Match" sketch for Nick Mom which aired on Nick Jr.You can also find her performing all over the country with The Italian Chicks in a two hours casino style and variety show.

Regina cultivated her stage presence and discovered her love of physical comedy while studying at the Upright Citizen’s Brigade (UCB) Theatre in NYC and later performed, wrote and filmed sketches with her all female group Candy Slice.

Regina happily shares her ever evolving story of being a woman in comedy. As a graduate of Barnard College, she was asked to return as the keynote speaker for their Senior Class Dinner.