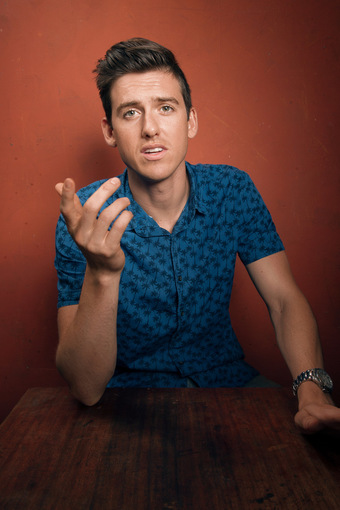 Soul Joel's Comedy Club and Lounge on the 4th Floor of Stoveworks in Royersford with a beautiful view overlooking the Schuylkill River.
Door opens at 7pm, Show starts at 8pm

About Mike:
Mike Feeney is a New York City based comedian and actor. His high energy and dynamic stage presence captivate young and old audiences alike.
Mike has been featured on NBC's Last Call with Carson Daly, Funny or Die, Sirius XM, Fox’s Laughs, TruTV's Rachel Dratch's Late Night Snack, The Chive, ABC's Right This Minute and Food Network's Restaurant Stakeout. He has also been a part of the New York Comedy Festival, Asheville Comedy Festival, Cape Fear Comedy Festival, Rogue Island Comedy Festival, Skankfest, Hoboken Comedy Festival and the Laughing Devil Comedy Festival.
Mike's album Rage Against The Routine debuted at number one on the iTunes comedy charts and number six on the Billboard charts. His sketch Low Battery  won "Best Micro Short"  at the Houston Comedy Film Festival. His other comedy shorts have been featured in the Williamsburg Independent Film Festival and regularly on the front page of Funny or Die.
Mike has studied at the Upright Citizens Brigade Theatre (UCB) and The Peoples Improv Theatre (P.I.T.). Currently, Mike performs all over the U.S. and is the co-host of Irish Goodbye Podcast.