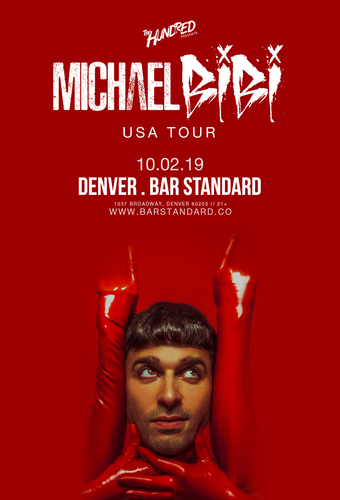 OK
Michael Bibi, a name that resonates with many for quality, fresh flavours & a different take on todays modern electronic music. The UK based new kid, stamped his mark with a string of musical successes. Writing his own tracks & laying down his own vocals, Bibi carved out a sound unique to his own that is now recognised globally. Writing Music, Playing music & a love for the party are the three sole things that motivate this man, he will not let anyone or anything come between him and making sure that his musical input keeps every party jumping. “I eat, breath, sleep and s**t music” says Michael. Michael’s raw passion for music has been with him since childhood, his Father a musician in the Blues & Jazz scene took the young enthusiast on tour from an extremely young age, exposing his eyes and ears to the various influences you hear in his music today. As of recent Michael has been making a name for himself with his unique production style and off the wall self recorded vocals, releasing tracks with the likes of Snatch, Viva, Lost Records, & of course his own Label SolidGrooves. With a stock of new releases set for the future & world tours on the horizon. Look out for Bibi coming to share a party moment with you soon!
Live Music Nightlife Concert