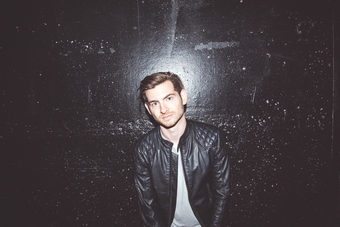 Grammy nominated artist, Matt Lange, makes his Indy Debut. If you are fans for Anjunadeep and Mau5trap, then you won't want to miss this show.

Lange’s career began working alongside multi-instrumentalist and producer Brian Transeau (BT), co-producing the album "These Hopeful Machines," earning him a Grammy Award-nomination in 2011. From there Lange went on to produce American Idol runner-up Blake Lewis’ album "Portrait Of A Chameleon," Tania Zygar’s debut album "Now Or Never," and Glenn Morrison’s “Goodbye,” which was nominated as the Juno Awards’ Dance Recording of the Year and later hit double platinum.

In 2015, Lange caught the attention of Electronic Music's most profound critic: Deadmau5. In 2015, he released his debut album "Ephemera" on mau5trap Recordings, rightfully helping to champion the influential label’s directional shift towards darker, techno, and underground-tipped sounds. His follow-up album "Patchwork" arrived in 2016, defying the unwritten rules of the digital age by diving even deeper into modular synth roots under a modern electronic translation, putting his raw, textured sound on a tier untouched by other producers in his realm. An adept producer, Lange has composed works for some of the most prominent video games such as Counter-Strike Global Offensive, Tom Clancy's Rainbow Six Siege, and DOTA II.

A staple of mau5trap’s impressive “next-gen” roster, Lange transforms dance floors into hedonistic, aural experiences with his performances across esteemed venues like Output, Sound Nightclub, and Ministry of Sound and festivals such as TomorrowWorld and SXSW.

Additionally, Matt is the host of Tap Tempo, a podcast which features insightful interviews with peers and collaborators ranging from A-list composers to DJs and includes artists from all backgrounds.