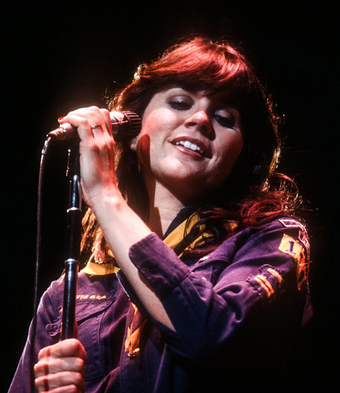 Tracks Of My Tears: A Linda Ronstadt Tribute

A Fundraiser for No Mas Muertes!

Tracks Of My Tears: A Linda Ronstadt Tribute

Linda achieved her greatest commercial success in the mid-1970s when she became the first female rock superstar and the top-selling female vocalist for that decade. During this period, she became widely known as The Queen of Rock and The Queen of Country Rock. Achieving superstardom during the '70s, Linda went on to sell an even greater number of albums in the '80s than she did in the '70s.

Her long string of platinum albums continued throughout the '80s with several varied projects. These included three albums of standards with the Nelson Riddle Orchestra, an album of mariachi standards, and a trio project with Dolly Parton and Emmylou Harris. She ended the decade with a return to popular music featuring her duets with Aaron Neville.

Linda's success extended into the '90s as well, starting off with a Grammy win for Don't Know Much and ending the decade with a Grammy nomination for Western Wall and a win with Trio II. Other Grammy-winning projects during the 1990s included another album of Mexican canciones, an album of Latin music, and a best-selling album of rock classics redone as lullabies. During this same time, she produced some of the best pop/rock music of her career with Winter Light, Feels Like Home, and her last rock album We Ran. Linda began the new millennium with her only Christmas album, A Merry Little Christmas. This was followed by an album of classic jazz standards, Hummin' to Myself. Linda's final album release was Adieu False Heart, an album of duets with Cajun artist Ann Savoy. Linda is now retired from performing due to Parkinsons Disease. On November 9, 2011 Linda was honored with the Lifetime Achivement Award from the Latin Recording Academy. On April 23, 2016 Linda was honored in Los Angeles with a special Lifetime Achievement Grammy Award.