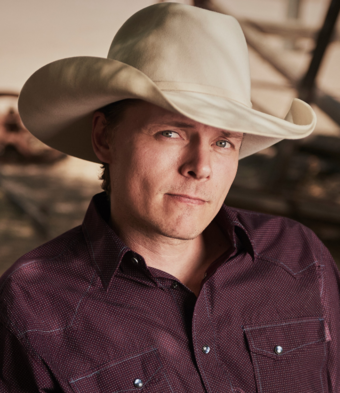 We are welcoming back our friend and the next chapter in the Ledoux Family legend.
Ned Ledoux is bringing his 2021 Tour to Stateline Idaho for one night only!

General Terms
All items are non-refundable, all sales are final.
You Must be 21 + to attend our show
(With a Government Issued Id.)
Refund Policy
All Sales are final!
Age Restrictions
You MUST BE 21+ to enter.

OK
One of the most incredible things about great music is that it has the ability to take the listener to a place they’d rather be. A compelling song can carry someone back in time to a treasured memory, or transport a person to a spectacular western prairie they’ve only visited in their dreams. Ned LeDoux’s music has that kind of power. As a songwriter, he has a knack for bringing people, places and emotions vibrantly to life with his insightful lyrics, and warm, strong voice that makes him sound like a beloved friend you always want to hang out with. Those gifts are fully on display on LeDoux’s new album Next In Line.     “I’m writing my own story and if people take a liking to it, that’s wonderful,” says LeDoux. “As long as I’m writing from the heart, and writing about what I know, I can definitely listen back to it and be proud."
LeDoux has good reason to be proud of Next In Line. It’s populated with songs that reflect his roots and honor the hard-working characters who have influenced his life;like his grandfather, Bud Rhoads, who he tips his cowboy hat to with the earnest tribute “Worth It”. He celebrates his brother Beau on the upbeat “A Cowboy is All” and he closes the album by putting his own spin on his famous father, Chris LeDoux’s “Homegrown Western Saturday Night."
On his second full-length album, LeDoux again delivers songs that transcend mere entertainment to celebrate a life that many aspire to, but few actually live. Like his father, LeDoux’s music is as expansive as the western sky he was raised under and celebrates the ranch lifestyle that is such an integral part of his heritage. There’s an authenticity to his songs that brings our nation’s beloved western culture to life, even for listener’s who’ve never ventured onto the Great Plains.