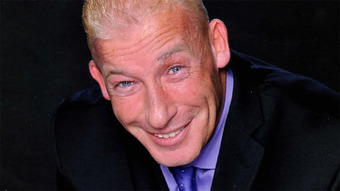 Jeff Norris at SoulJoel's Ampitheater
Doors open at 6pm, show starts at 7pm
This event is BYOB, Bring Your Own Food, Tents, and chairs!
The first event, fans event brought a ping pong table.
Everyone is socially distanced in their own pods

“Jeff Norris is without question one of the funniest guys out there today.” -Joe Piscopo, Actor/Comedian

Jeff Norris is an energetic whirlwind of comedy. He is a favorite in both Atlantic City and Vegas. He has also most recently partnered with Royal Caribbean Cruise Lines. Over the years, Jeff has appeared on numerous TV and film roles including HBO’s Boardwalk Empire and OZ, Good Morning America, My Super-Ex Girlfriend, and Not Fade Away.

Jeff is one of the most quick-witted acts working today–hardly pausing for a breath as he tears through his act, keeping the audience alert and in stitches from beginning to end. Jeff has been called a complete pro–one of the few remaining comics that understands the importance of showmanship and presentation.

Jeff works tirelessly in support of many charities and fundraising events. Jeff has helped raise more than $180,000 for the victims of Hurricane Sandy and more than $150,000 for the K9s for Warriors whose mission is to aid those warriors suffering from PTSD. In addition to the multiple groups he supports, Jeff was recently recognized by the NJ State Police for his work in support of the Troopers Assisting Troops for Wounded Warriors (the T.A.T. Program).