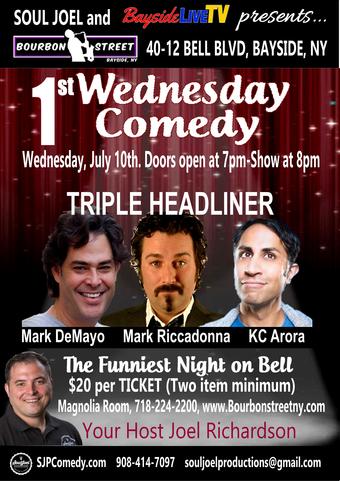 Mark DeMayo (Gotham Comedy Live, Optimum Online's Unmover's, The Star of his own 1 Man Show Off Broadway called, "20& OUT.")

KC Arora (SeeSo’s New York’s Funniest. TruTV’s Late Night Snack and was a semi-finalist in NBC’s Standup for Diversity. KC made it to the final four of Caroline’s March Madness competition)