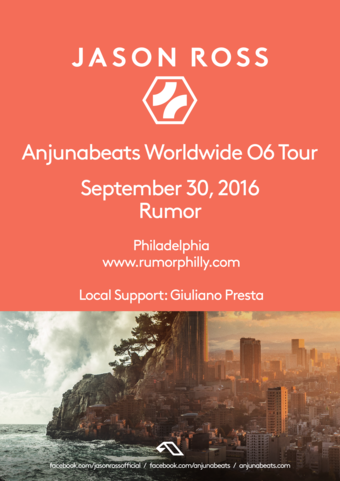 Anjunabeats' newest star talent , Jason Ross, has been selected to helm the next installment of the esteemed Anjunabeats Worldwide mix series, due for release in July. Previously hosted by now-legendary label stars like Mat Zo, Arty and ilan Bluestone, this sixth edition is set to be on eof the best yet.

In addition, Jason is embarking on his first solo headlining tour, crossing North America, August through October along with festival appearances at Ilesoniq and Electric Zoo.

Counting the likes of Kaskade, Armin van Buuren, Seven Lions and label heads Above & Beyond among his biggest fans, Jason's young career has already seen his tracks gain support at the highest levels of dance music. His next single, "Me Tonight" promises to be no different.