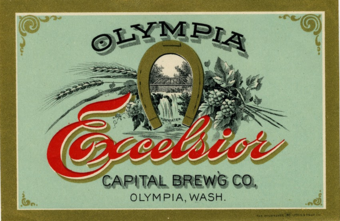 It’s the People! How Brewing History (Re)Formed Olympia-Tumwater and Chicago

It’s the People! How Brewing History (Re)Formed Olympia-Tumwater and Chicago

What can a brewery mean for its community? Is brewing beer just a business, or can it achieve something more? Join us for a beer and a special conversation about what breweries mean for communities.

Over a century ago, the German-born Schmidt family used artesian springs not only to brew Olympia beer but also to help build Tumwater itself. Not long before, German immigrant brewers in Chicago and other eastern cities had used brewing and drinking culture to redefine both beer and their very place within American culture. The Schmidt legacy and its civic role lives on today as Olympia’s modern craft brewers use that same water to help their community thrive.

The Olympia Tumwater Foundation and the City of Tumwater hosts the Chicago Brewseum for a panel discussion about Olympia’s significant brewing heritage and its connections with historic brewing centers like Chicago. Moderated by Karen Johnson, the Foundation’s curator, the panel will consist of:
-       Liz Garibay, historian and Executive Director of the Chicago Brewseum
-       Brian Alberts, historian and National Advisory Board member at the Chicago Brewseum
-       Megan Ockerman, researcher and Editor at PBS Engineering and Environmental, Inc.
-       Tiah Edmunson-Morton, curator of the Oregon Hops and Brewing Archive at Oregon State University
-       John Doan, City Administrator for the City of Tumwater

Of course, no conversation about beer is complete without a glass in hand! This event will feature Leopold’s No. 1 Lager, a historic lager from Olympia’s own Well 80 Brewhouse which recreates Leopold Schmidt’s original 1896 recipe.
Non Profit Food & Drink