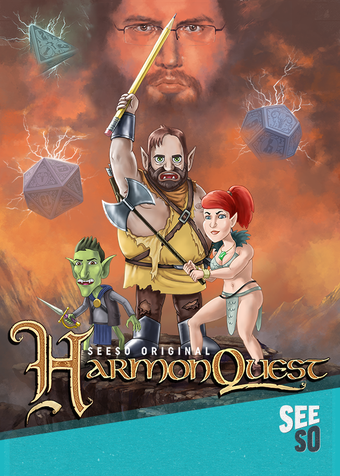 HARMONQUEST SCREENING AND Q&A WITH DAN HARMON, SPENCER CRITTENDEN AND JEFF B. DAVIS

HARMONQUEST SCREENING AND Q&A WITH DAN HARMON, SPENCER CRITTENDEN AND JEFF B. DAVIS

Presale has closed. A limited number of tickets will be available for purchase at the door.

Attend the world premiere screening of “HarmonQuest,” the new Seeso Original Series from Dan Harmon (Emmy Award winning “COMMUNITY,” “RICK AND MORTY,” “HARMONTOWN” podcast host), featuring Spencer Crittenden and Jeff B. Davis, among many others. Armed with character sheets, polyhedral dice, and an unflappable game master, Dan Harmon and his famous buddies embark on an epic adventure in the magical realm of Kalata, told through the storytelling of the Pathfinder Roleplaying World in a fun animation and live-action format on “HarmonQuest.” The series is produced  by Universal Cable Productions and Starburns Industries, and will available July 14 exclusively on Seeso.

After the screening, join Dan, Jeff and “Game Master” Spencer Crittenden for an audience Q&A.