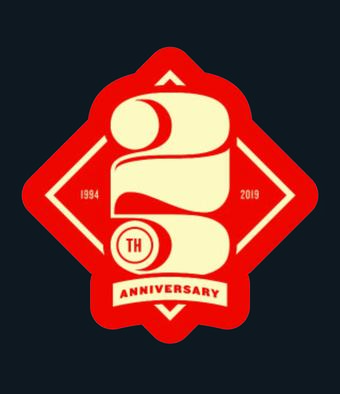 Great Divide is turning 25 and we're taking the anniversary celebration back to its roots at our original Ballpark location. We're shutting down the street and throwing open the brewhouse doors! Musical Headliner Wildermiss with special guests The Patient Zeros and Giant Walking Robots

General Terms
All items are non-refundable, all sales are final.
Age Restrictions
You must be 21+ to enter
Miscellaneous Restrictions
-No pets -Outside drinks are not permitted, other than empty or sealed water bottles. Water will be available on site.

OK
Way back in 1994, before the Rockies moved to LoDo and before brewers could be governors, a man with a (business) plan and a passion for high-quality beer opened what would eventually become one of America’s most decorated and celebrated craft breweries. Though much has changed since then, Great Divide Brewing Co.'s dedication to beers with Bold Character has not.

To celebrate 25 years, the brewery is bringing the party back to Arapahoe Street. On June 22nd, we'll shut down the street and open up the brewery for a special anniversary celebration.

To prepare, we're digging deep into our cellar and maxing out our pilot brew system to pour some exceedingly rare and exceptionally creative beers that you won't see again.

Like Yeti Imperial Stout? We'll have at least 14 variants including some old favorites (Chocolate Oak Aged and Oatmeal) and some new inventions (Maple Pecan and S'mores). PLUS, our 25th Anniversary BIG Yeti—a 13.5% ABV behemoth.

How about hops? We got those too. We took our popular Hazy IPA and increased the hop bill exponentially to create our 25th Anniversary Double Hazy IPA. We'll also be unveiling a Brut IPA, a Double Juicy IPA and a Hoppy Pilsner.

Both 25th Anniversary beers will be available on draft at the party and available to-go in 19.2oz cans.

And, attendees will get a first look at the new Denver Pale Ale Artist Series #4 and a first taste of the soon to be released Great Divide Lager.