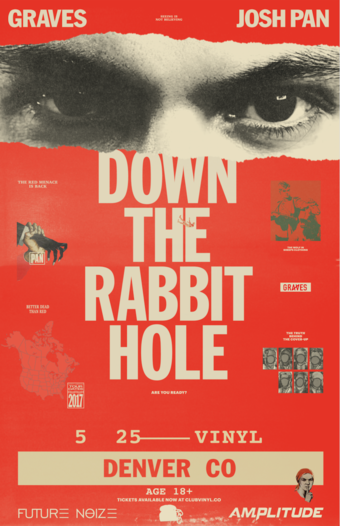 NYC producer, josh pan, has already put out more music in the past month than many of your favorite artists did in all of 2014. The rising artist has harnessed the power of Soundcloud to share his art with the world, self-releasing track after track without sacrificing one iota of quality. From Hip Hop inspired beats like “touch the sky” and “Bubble” to the laid-back lounge vibes of “rock with you“, Josh’s musical output is creatively expansive, leading a handful of fans on social platforms to quasi-jokingly refer to him as the next Diplo. Is there some truth to that? We’ll know in time. But one thing is for certain, josh pan’s ever-growing catalog of impressive music is making a valid case for a success story in the making.

For this reason, we wanted to know more about josh pan. How does he make so much music? What inspires him? Where does he see himself headed? Check his answers to these questions and more in our interview below.

Tell us a bit about yourself and your background. Where do you currently live, when did you start making music, what inspires you, etc

I was born in the US and moved back to Asia when I was six, living in Taiwan until I came back for my undergrad and grad school. I did my graduate studies at Parsons and decided to stay here in NYC as I work on my music. I’ve been doing music for as long as I can remember, but the production side is something I picked up in December of 2012. I get inspired by my personal experiences and the people around me – including all the strange people I see on the street. Anything inspires me, really.

You release a pretty insane amount of quality music every week on SoundCloud. Does production come naturally to you? How do you stay motivated to make so many tunes?

Production does come quite naturally to me. I’ve always composed a lot in my head. Being able to do it all on the computer just makes it that much easier. Honestly, I just make it a habit to sit down every day and make something. If I don’t, I feel overwhelmed with ideas floating around in my head.

From an artist’s perspective, what are your thoughts on the state of the current scene of dance music? What is great and what could be improved?

I think the current state of dance music is quite exciting. With Soundcloud and social media, anyone with talent has the opportunity to be discovered. This wasn’t really possible 10 years ago, so anyone who wants to give music (or art in general) a shot, they should go for it.

I do wish that the producers and deejays that made it to the top would keep pushing boundaries and evolving their sound, though. A lot of big names aren’t really trying anything new. I also believe that if people make it big, they have the responsibility to say things and write music with substance. Hardwell’s new song made me cringe.

Soundcloud appears to be a massive tool for you to reach your fans. Do you see yourself continuing on with self-releasing for a while? Or are you getting to the point where signing to a label might be in the near future? If so, what labels do you see your music resonating the most with?

I’m not really sure about this. I would like to sign to a label, but I’ve been waiting for a label that sees what I’m doing and is down to nurture the project in the same way I’ve been doing (on a larger scale). As I do my own art and come up with my own concepts, I’ve been happy with self-releasing, as I can decide on when I want to release and retain creative control. OWSLA has been on my mind, as their aesthetic is on point and most of the guys on the label have signature sounds differing from mine.