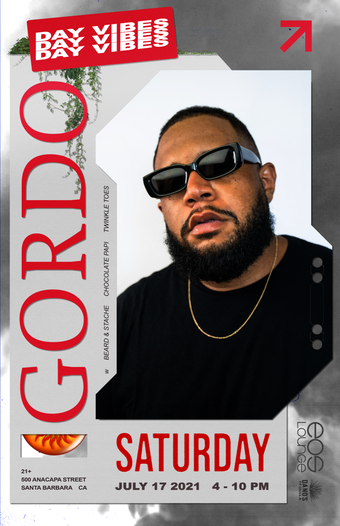 
Saturday July 17th 2021
Doors at 4pm
Diamanté Anthony Blackmon is the American Dream. Diamanté grew up in Guatemala but returned to the US at just 10 years old speaking very little english while living in a low income neighborhood. Against all odds, Diamanté grew into Carnage, one of the most dominant musical superstars in the world. Carnage, also known as Gordo, broke onto the scene in 2012 when he self uploaded his first song, "Teke Teke", onto YouTube. In that same year, Carnage produced records for the then unknown rapper G-Eazy such as "Loaded" and “Down For Me”. Shortly thereafter Carnage released his first major single “Michael Jordan” quickly slingshotting Carnage to stardom.

By this point Carnage has become a DJ Mag Top 100 artist, rocked the stages of Coachella, Lollapalooza, Ultra Music Festival and Tomorrowland all while producing his debut studio album Papi Gordo which immediately became the #1 Dance Album in the United States. At its peak, hit song ‘I Like Tuh’ with ILoveMakonnen became a top 30 track on the Billboard Hot 100 chart eventually becoming RIAA-Gold certified in the weeks following. Now, Carnage’s collaborators include a long list of icons including the Migos, Mac Miller, Lil Pump, Steve Aoki, Tyga, XXXTentacion and many more.


His recently launch GORDO project has shows a softer side of Carnage as he explores the house side of dance music with infectious basslines and instant club classics. He has been touring extensively in 2020-21 as GORDO along side the release of his club anthem KTM in early 2021. After nearly a decade as a world renown artist, the future still has much more to come.