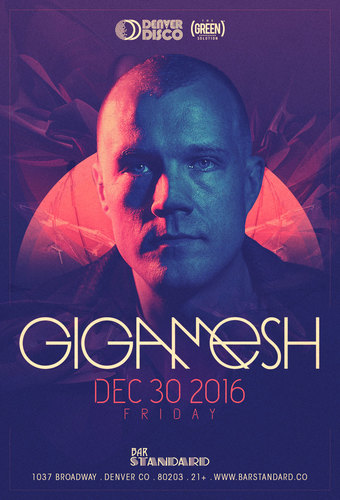 Gigamesh is the stage name of Matt Masurka, an American multi-platinum selling music producer and DJ. His numerous remixes and two EPs have earned him a swiftly building reputation as one of the most versatile and consistent names in indie-dance music.

Hailing from Minneapolis, Minnesota, it’s no surprise Gigamesh has developed a keen taste for funk, disco and pop. The sound is immediately recognizable in much of his music, however he maintains a flexible aesthetic. Gigamesh is an ardent fan of minimalist concert music, film scores, classic rock, italo disco, French house, Miami bass, and genre-bending electronic music. These elements have all combined to forge his all-inclusive approach to music appreciation and creation.

In October 2011, Gigamesh released his debut self-titled EP on Our Label International, which received wide acclaim in the disco and indie-dance community. Following his debut, Gigamesh began to develop a close relationship with French record label Kitsuné resulting in an invitation to perform on their highly-anticipated U.S. Club Night tour and the release of the “All My Life” EP by Kitsuné in May of 2012. In support of this EP Gigamesh has been touring the globe, including Asia, Australia, North America, and UK/Europe.

Gigamesh continues to gain recognition as one of the top producers of modern dance music going in to 2013. With no time to waste, Gigamesh is starting off the year by releasing a new single, ‘Enjoy.’ ‘Enjoy’ features a remix by Oliver and will be out on NYC’s fresh house label – Nurvous Records (Feb. 12th).