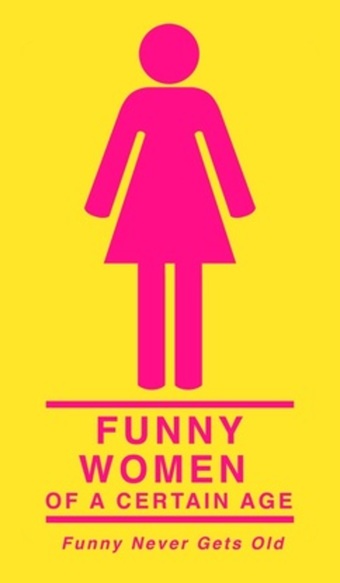 Funny Women of a Certain Age at SoulJoel's

Funny Women of a Certain Age at SoulJoel's

Line up of Comedians To Be Announced
Hosted by Carole Montgomery

Doors open at 5pm, show starts at 6pm
This event is BYO Bring Your Own Chairs, Drinks and FoodEveryone is socially distanced in their own pods

About Women of a Certain Age: With Louis CK, Bill Cosby and Al Franken out of the comedy circuit and no doubtmany more “balls” to drop, the only funny people left are the legendary women of standup.Funny Women of a Certain Age is a show straight from the unfettered mouths and uninhibited minds of the funniest, most daring, most experienced people in comedy: the women that have seen it all.They’ve raised children both on and off the road, having club bouncers watch their babies while onstage. These women have stayed in comedy condos where you don’t want to use a blacklight on anything. They’ve been told women aren’t funny and asked to trade sexual favors for work.Trust us, they have A LOT to say and they say it hysterically.Known as the comic's comic, FunnyWomen of a Certain Age  creator Carole Montgomery has already brought to the stage some of the most respected names in comedy including Fran Drescher, Luenell, Janeane Garofalo, Caroline Rhea, Carol Leifer, Julia Scotti, Felicia Michaels, Cathy Ladman, Kira Soltanovich, Vanessa Hollingshead, Wendy Liebman, Tammy Pescatelli and Lynne Koplitz. Dozens of other comedians that have been headlining and selling out clubs and theaters all over the country for many years are part of the show’s roster of rotating comedians.