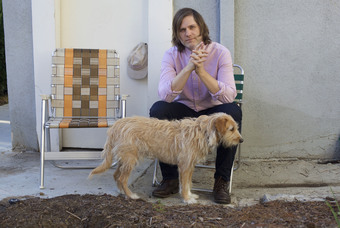 General Terms
All items are non-refundable, all sales are final.
Age Restrictions
Ages 21+

OK
Fruit Bats
Gold Past Life Album Release Show!
with an opening set from Skyway Man
Friday, June 21, 2019
at SOhO Music Club (Santa Barbara, CA)
DOORS: 8:00 PM // SHOW: 9:00 PM // AGES 21+
When Fruit Bats announced its new album and signing to Merge Records late last year, singer/songwriter Eric D. Johnson did so by “Getting in a Van Again.” The 15-minute mockumentary presented a surrealist view of the music industry, while teasing the very real themes explored on Gold Past Life—due out June 21, 2019.
“I know I said I’d be around this year, but here I am getting in a van again.”
Gold Past Life marks both an end and a beginning. It’s the end of an unintentional thematic trilogy of records that began with 2014’s EDJ (a solo record by name, but a Fruit Bats release in spirit) and hit an emotional peak with 2016’s Absolute Loser. They encompassed years of loss, displacement, and the persistent, low-level anxiety of the current political climate. They were written in the wake of friends who left these earthly confines and families that could have been.
“I wrote music to comfort myself,” says Eric D. Johnson of those times. “It was a soothing balm.”
But these salves, these songs on Gold Past Life, also represent new beginnings—the journeys that await after making it through troubled times.
In fact, the notion of getting in a van to move on—literally and metaphorically—is exactly what Gold Past Life is all about. It’s about rejecting notions of idealized nostalgia (“Gold Past Life”) and the process of grounding oneself in the present, both geographically (“A Lingering Love,” “Ocean”) and spiritually (“Drawn Away”).
That spiritual sense of place is particularly important to Johnson, who has always been fascinated by dreams and the subconscious stories they can tell. “Some of these songs are directed at specific people, some at amalgams of people, and lots at myself, or the subconscious version of myself—that version like how they say you’re every single character in your dreams,” he says. “Even the artwork represents the notion that we’re all the characters in our dreams. Here’s me looking at you: I’m a deer on a beach looking you dead in the eye and licking my lips.”
Even as he works through these journeys, Johnson’s falsetto still shines atop the bopping folk-rock of Gold Past Life. The new record also features more keyboard influences and a range of guests including Greta Morgan (Springtime Carnivore, Vampire Weekend), Neal Casal (Circles Around the Sun), Trevor Beld Jimenez and Tim Ramsey (Parting Lines), Meg Duffy (Hand Habits), and more. It also sees his working relationship with producer and engineer Thom Monahan (Neko Case, Peter Bjorn & John, Devendra Banhart) hit its stride.
According to Johnson, “Fruit Bats has been a cult band for a long time.” With Gold Past Life, he hopes to bring more immediacy to the music and share positivity, hope, and motivation to keep on keepin’ on with a wider audience.
“Fruit Bats makes existential make-out music,” he describes with a chuckle. “But you’re also welcome to dive into it deeper if you want. Good pop music should be sublime like that.”
-------------------------------------------------------
Enjoy a special 5 course tasting menu with The Coterie Club before the show! 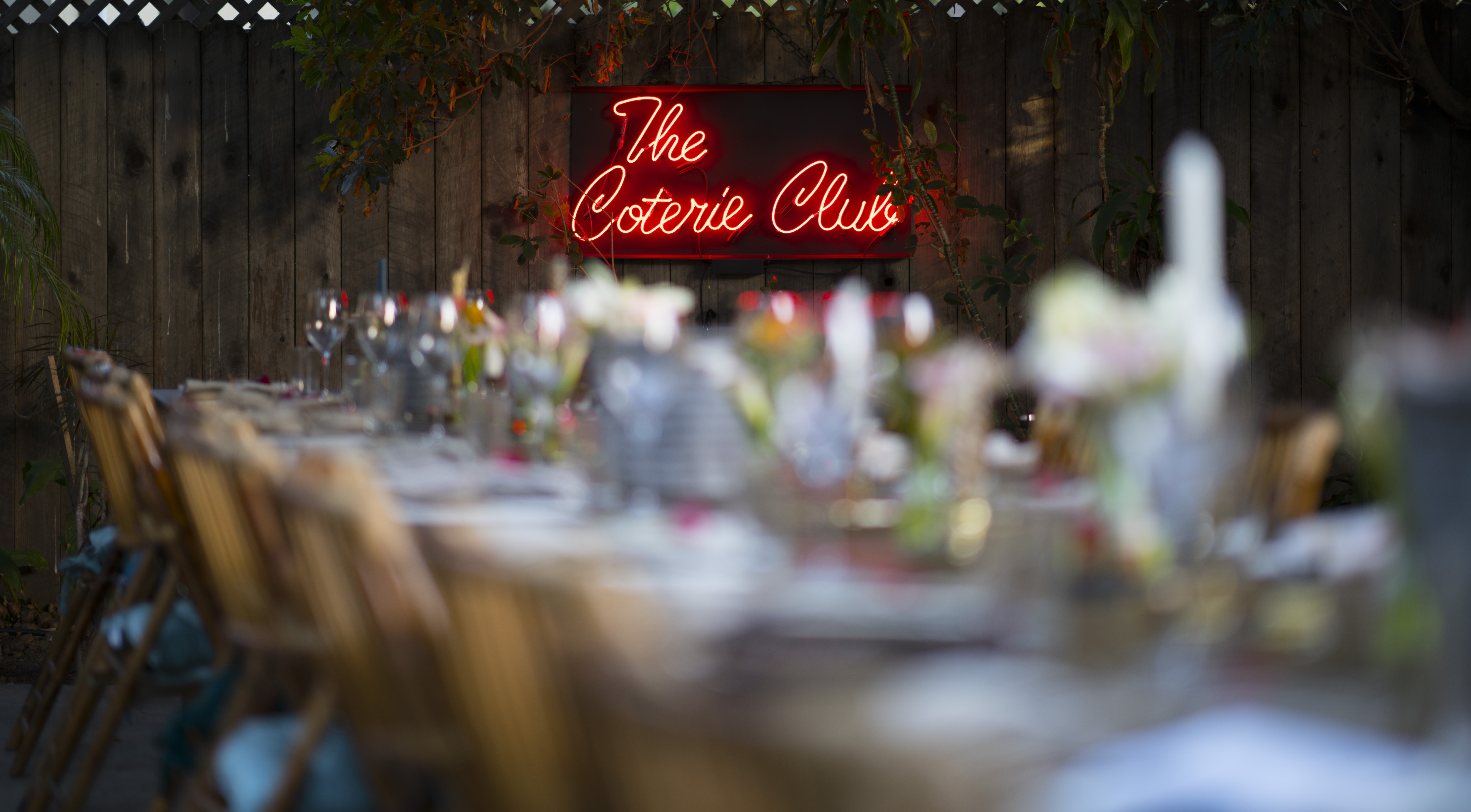 The Coterie Club is an event-driven dining experience focused around art, music, food, & soul. Led by Chef Nick Bodden, the club hosts a series of pop up dinners in intimate locations — such as recording studios, theatre houses, record stores, and private homes. The menus are seasonally driven, and showcase the abundant produce Santa Barbara County has to offer.
Chef Nick Bodden has Michelin-starred kitchen experience and has worked closely with notable restaurants and talent including Chef Jonas Offenbach (NYC’s Gramercy Tavern/Contra); and was a driving force behind the development of Anejo TriBeCa for Angelo Sosa (Top Chef/Iron Chef) and Meta Singapore. His professional career includes working in restaurants such as April Bloomfield’s The Breslin, Bouchon Santa Barbara, and Jimmy Tchnnis’s Swallow East in Montauk Long Island.
There are only 30 seats available for this special dinner on the SOhO patio.
Join the Coterie Club for dinner, & stay for the Fruit Bats record release show!
Food & Drink Live Music Nightlife Concert
Fruit Bats

Fruit Bats is an American rock band formed in 1997 in Chicago, Illinois. The group has had many personnel changes but revolves around songwriter Eric D. Johnson. Their albums in... View Artist