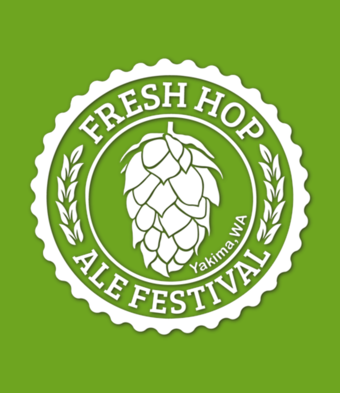 One of the country's top 10 beer festivals! Celebrate the Yakima Valley fresh hops while supporting local arts and science organizations.

General Terms
All attendees must be 21 or over to admitted into the festival. You must have valid ID upon entry. We do not allow animals into the festival for their own safety. Any other inquiries can be submitted through our website.
Refund Policy
Tickets are refundable up to 24 hours prior to the festival.
Cancellation Policy
In the event of cancellation, your funds will be returned minus any processing fees.
Transfer Policy
Tickets may be transferred up to 24 hours prior to the festival.
Age Restrictions
You must be 21 or older to attend the event. No exceptions will be made.
Miscellaneous Restrictions
Please see our website for a full list of prohibited items.

OK
The 18th Annual Fresh Hop Ale Festival is located in the heart of hop country in downtown Yakima, Wa. The Yakima Valley produces over 75% of the nation's hops and the festival showcases the unique fresh hop beers brewed with them. For a brew to be considered a “fresh hop ale” for the festival competition, it must be produced with hops that were picked no more than 24 hours prior to brewing (talk about overnight shipping!). Fresh Hop Ale is produced throughout the month of September, timing dependent on the growth of each year’s hop harvest. Brewers then bring their freshly brewed kegs of beer to the fest, where a panel of judges selects first, second and third place Fresh Hop Ales. Not only that, there's live music, food, wines, and more! This is Yakima's biggest (and some say best) street party of the year - all taking place  in downtown Yakima.