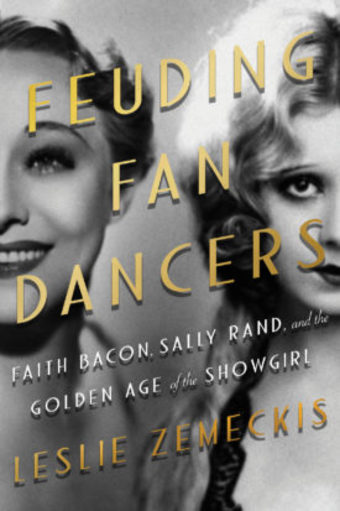 The 1920s and '30s was the golden age of American entertainment and showgirls worked hard and competed in a brutal entertainment business. Faith Bacon and Sally Rand were beautiful blondes from humble backgrounds who shot to fame behind a pair of oversize ostrich fans, but with very different outcomes. Sally Rand would go on to perform for the millions who attended the 1933 World's Fair in Chicago, becoming America’s sweetheart. Faith Bacon, the Marilyn Monroe of her time––once anointed the “world's most beautiful woman”––would experience the dark side of fame.  They were both towering figures, goddesses, icons. Until the world started to change. Little is known about who they really were, until now.

Join us for an evening of storytelling with author, historian, filmmaker, actress and Chicago Brewseum Advisory Board Member, Leslie Zemeckis.  Leslie will discuss her newest book, Feuding Fan Dancers: Faith Bacon, Sally Rand and the Golden Age of the Showgirl (released October 2nd), her approach to discovering and writing about forgotten feminist histories, and how all of it connects to the mission of the Chicago Brewseum.

Purchase books prior to the event via Amazon. Limited quantities will be available for purchase at the event.

Ticket price includes small bites and beer from Chicago women owned breweries alongside a specially curated selection of fine wines.  Space for this unique, privately hosted event is extremely limited. 100% of the proceeds of this event will go to the Chicago Brewseum’s exhibition fundraising efforts.