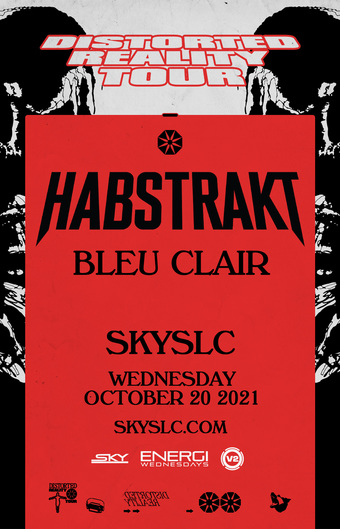 Habstrakt is a musical mastermind with international roots.

Playful with a touch of darkness & surprising with a twist on the melody, Habstrakt is ready to take your ears across the globe from French House influence to modern Bass sounds only someone from his skill set can produce.

Hailing from South of France, Adam a.k.a Habstrakt was a guitar and keys player before turning his mind onto samplers and grooveboxes. He first got into Trip-Hop and also wrote music for movies & theater, but in 2008 he discovered dubstep and drum n bass music, and immediately got involved in producing and DJing.

Three years later his tracks are welcomed by many established labels such as Dubsaw, Chateau Bruyant, Buygore or Never Say Die. The releases have instantly gained him huge support from some of the biggest names on the scene. He’s now among those to follow closely with his long-awaited EP to be released on Never Say Die. It’s been a year now since he began touring as a DJ throughout Europe, always smashing the dancefloor with a tight and precise, yet energetic mix.