The Lodge at the Regency Center 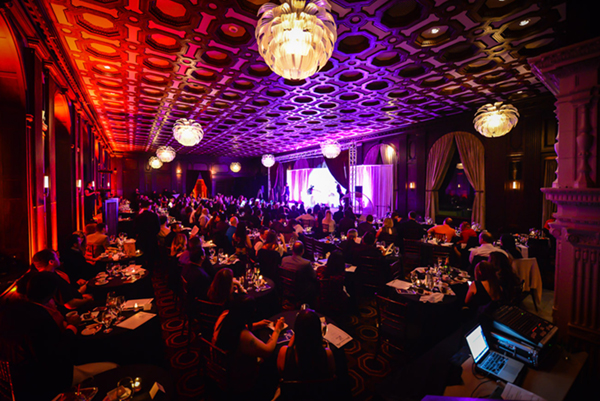 An Absolutely Deranged Dinner Show!
Inspired from the world of Alice in Wonderland
Oddly presented by ThemeDream Productions
Saturday, July 23, 2016
7pm Dinner Show
or
10pm Dessert Show
An evening where everything is what it isn't...
Immerse yourself in a psychedelic world of non-sense
where the bizarre & the absurd become normal.
10 Outlandish Acts!
featuring singers, musicians, dancers, burlesque, ballet, belly dancers, and cirque performers!

Customer photos from past "Mad Hatter" events by ThemeDream founders
We encourage you to wear your most stylish or most personable hat to our Mad Hatter affair!
Hats are not required, but your participation will add to the playful spirit of the night! 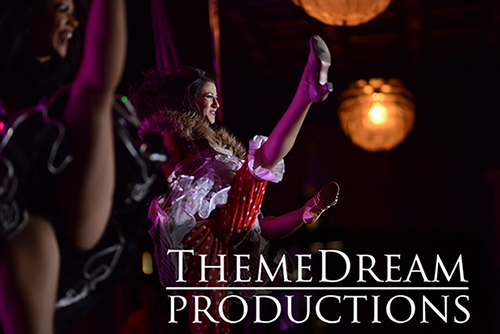 ABOUT THEMEDREAM PRODUCTIONS
ThemeDream is a new entertainment company specializing in innovative, imaginative, and unforgettable dinner show experiences, combining fine cuisine by top chefs and craft cocktails by leading mixologists with immersive theatrical decor and spectacular live entertainment. ThemeDream is a creative collaboration between Donovan Friedman, one of San Francisco's most preeminent event producers with 600+ produced events over the past 14 years, and Jessica Rae of Rae Agency, one of San Francisco's most sought-after, live entertainment agencies.

ABOUT THE LODGE AT THE REGENCY CENTER
The Regency Center was built in 1906 by the Masons and is considered the finest example of Scottish Rite temple architecture in the country, featuring Gothic, Neoclassic, and Beaux-Arts styles. It has three floors of magnificent ballrooms. However, its crowning gem is the Lodge, a stunning crimson chamber on the third floor with a 30-foot vaulted ceiling, velvet red walls, dark mahogany woodwork, exquisite stained glass windows, eight enormous art nouveau curvaceous chandeliers, and a grand stage showcasing thirty-one hand-painted backdrops shrouded by an elegant red-tasseled gilded curtain. Painted in the 1920s, the backdrops are priceless objects of art that depict scenes that dramatized the Mason’s secret rituals. There are secret passageways and trap doors to the full-functioning 1909 Austin pipe organ loft.  Entrance to this historical room is on the Sutter Street side entrance of the building.