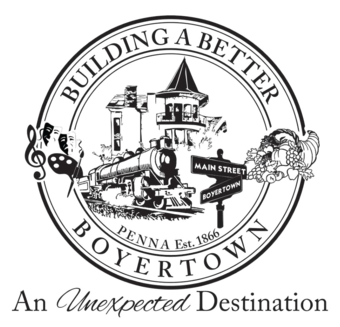 
Comedy Under The Stars
Building a Better Boyertown Comedy Fundraiser

Plus LIVE music starting at 6pm by Jacob Currie

Tickets are ONLY $20, of which $10 will be donated back to Building a Better Boyertown
Doors open at 6pm and show starts at 7pm

Guests are encouraged to bring folding chairs or blankets for seating.  There will not be food or drink available for sale at the event. it is suggested that guests patronize a local restaurant and making it a true Boyertown Community supporting evening.

Enjoy the comedy show in the outside amphitheater while remaining socially distanced from others.

Nick Griffin has appeared on Conan, The Late Late Show, in his own half-hour Comedy Central special and was featured on The Late Show with David Letterman eleven times.A comic for more than 25 years, Griffin's smart, sarcastic and hilarious style makes him one of the most well-respected in the business.Originally from Kansas City, Griffin lives in New York City, where he regularly performs at The Comedy Cellar, Stand Up NY, and Gotham Comedy Club.
Non Profit Charity & Causes Comedy