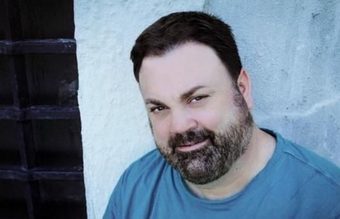 Chris Roach (Heads at the Borgata in Atlantic City, NetFlix, and cast member on Kevin Can Wait on CBS with Kevin James)

at Soul Joel's Comedy Club and Lounge inside Stove Works on the 4th Floor Floor with a beautiful view overlooking the Schuylkill River.

Chris Roach is a fast rising Comedian/Actor born and raised in New York. He has brought his unique and self deprecating sense of humor to some of the biggest and best known stages such as The Borgata in Atlantic City. Known for some of his work on television commercials, he has also appeared on Comedy Central, The Michael J. Fox Show, and had a recurring role as Rodney the loveable mental patient on the soap opera One Life to Live. Be sure to catch Chris, in the roll of Mott, a series regular on Kevin Can Wait w/ Kevin James.