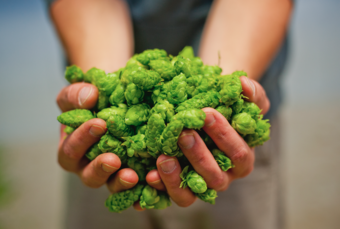 Beside the Bine: The Humanity of Hop Cultivation

Beside the Bine: The Humanity of Hop Cultivation

The hops in our beer have stories to tell, and what better time to listen than while sitting in your favorite bar, glass in hand, during the hop harvest? Gather with us at The Pine Box for a beer and a bit of hoppy history. Join our own historians Liz Garibay and Brian Alberts, who will team up with Tiah Edmunson-Morton of the Oregon Hops and Brewing Archive to celebrate the unique experiences of the hop pickers who helped give American beer its flavor.

Hops have been a cultural laboratory far longer than they’ve been a commodity. Since the early 1800s, the hop-center of the United States wandered from New York to Wisconsin to Oregon to Washington, carrying with it a complex history where business, gender, race, and labor all intermingled beside the bine. We’ll dig into those stories and show how hop cultivation has long relied on the tireless labor or women, migrants, and the working class…and how hop fields in the Pacific Northwest sowed ingredients not just for beer but also for debates over equality, the concept of leisure, and workers’ rights.

All in all, Washington and Oregon hop farms have added fascinating new chapters to a story that began centuries before. We’ll explore that legacy together.

And of course, we could never celebrate hops without amazing beer! In addition to The Pine Box’s expertly curated tap list, this event highlights two Bale Breaker beers:

- Mango IPA, part of Bale Breaker’s Sesiones del Migrante series commemorating the Mexican migrant workers who travel to the Yakima Valley each year to harvest hops for breweries around the globe.

This event is free but registration is required.