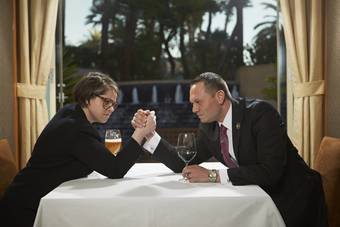 Get to know the Event Sponsors: 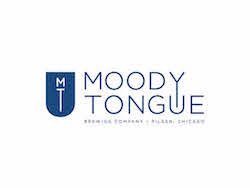 Moody Tongue Brewery was opened in 2014 under the direction of acclaimed brewmaster Jared Rouben. Moody Tongue, a nickname for a consumer with a discerning palate, features “culinary brewing”, Rouben’s original approach to brewing that combines the worlds of brewing and cooking through the application of a chef's mindset to the brewing process. Rouben, classically trained from the Culinary Institute of America in New York, worked in kitchens such as the Michelin star Martini House in Napa and Thomas Keller's three Michelin star Per Se in New York City before moving to Chicago and becoming Brewmaster at Goose Island Brewery. Moody Tongue's current line-up includes beers such as their Steeped Emperor's Lemon Saison, Sliced Nectarine IPA, Caramelized Chocolate Churro Baltic Porter and Shaved Black Truffle Pilsner.

For more information, find Moody Tongue online at www.moodytongue.com or connect with the brewery at Facebook.com/MoodyTongue and @MoodyTongue on Twitter and Instagram. 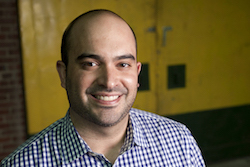 Jared Rouben is responsible for the creative and technical development of Moody Tongue’s portfolio of beers. Jared is a graduate of Washington University in St. Louis, the Culinary Institute of America in New York and the Siebel Diploma course in Chicago. After culinary school, Rouben worked as a cook at the Michelin Star Martini House in Napa and as Expeditor at the three Michelin Star Thomas Keller’s Per Se in New York City. He is now standing faculty at the Siebel Institute and lectures for the Cicerone Organization covering topics pertaining to beer and food.

Jared moved to Chicago to begin his brewing career as a member of the Rock Bottom brewing team and shortly thereafter joined Goose Island Clybourn in 2009. In January of 2010, Jared was promoted to Brewmaster, where he created Goose Island’s Chef Collaboration Series and Farmers Market Series while focusing on experimental brewing.

Jared has spent the past several years brewing, pairing, and collaborating with a number of the most celebrated culinary minds in Chicago. His passion for both beer and food is infectious. 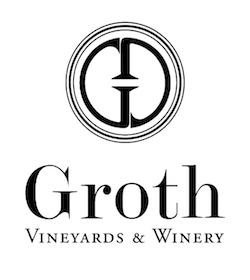 In 1981, the Dennis & Judy Groth purchased a 121-acre parcel in Oakville. In 1982, they added a second vineyard of 44 acres located south of Yountville. These vineyards, which total 165 acres on the valley floor of Napa, are the primary source of grapes for the Cabernet Sauvignon, Chardonnay and Sauvignon Blanc wines produced by Groth Vineyards & Winery.

Groth Vineyards & Winery was established in 1982, and they crushed the first grapes for their own wines that same year. Production increased quickly to 30,000 cases by 1984. By 1985, the winery needed full-time attention from Dennis and Judy, so they moved their family to the Oakville property. In 1990 the original winery building was completed; a major expansion of facilities was completed in 2007. Since 1982, Groth Vineyards & Winery has established a solid reputation as an outstanding producer of Napa Valley wines.

As with most family wineries, Dennis, Judy and their children all get involved in a little of everything. Dennis puts his focus as president on running the business and playing an ongoing leadership role in the broader California wine industry. Judy is responsible for the look and feel of the winery, from its distinctive California Mission facilities to the wine labels and signature packaging.

, one of the earliest arrivals on the city’s fine dining scene, enjoys a prime location within the Mandalay Bay Resort. Under dramatic golden lighting, including ceiling to floor window views of Swan Court, and graced by towering floral arrangements, Aureole Las Vegas is divided into five central dining rooms, each with its own distinct personality, including the richly colored burgundy and gold “Main Room,” and the “Lounge,” an intimate cocktail and wine bar featuring leather upholstered wall panels.  Home to the original "Flying Wine Angels" and the impressive four story wine tower, Aureole evokes the show stopping excitement of Las Vegas.  The restaurant continues to garner some of the best wine accolades in the industry, with a Wine Spectator Grand Award every year since 1999 and was also named one of the 100 Best Wine Restaurants in the U.S. this year by Wine Enthusiast.