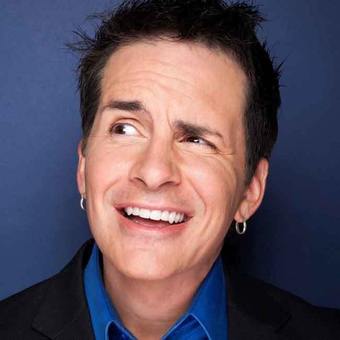 
Hal Sparks was born in Cincinnati, Ohio, raised in Kentucky – a little town called Peaks Mill. Don’t strain your brain, you’ve never heard of it. He lived in the sticks, was a boy Scout, started taking karate there when he was 8 years old, saw The Shining when he was 7, didn’t have a TV so he spent most of his life listening to comedy records – when he wasn’t at the movies.
He has always been a bit of a video game nut, and back then, that meant that you actually had to stand at a video machine for hours (you kids today!). When he was 14, he decided he’d had enough of “country livin’” and moved to Chicago to live with my Dad, where he went to New Trier High School, a huge school with a great theater department that, quite frankly, should have expelled him. But, much to their credit, they didn’t, and he was able to start doing standup at 15 years old. (P.s., Thanks Mrs. Adams. You saved my ass and gave me a career.)
He won the Funniest Teenager in Chicago contest when he was 17 years old, the same year, starred in Frog, starring Elliott Gould, Shelley Duval and Scott Grimes.
In 1997, he felt he strayed too far from standup comedy and decided to go at it 100% again. For the next two years, he did standup every single night. Yes, Christmas and holidays. On June 26, 1999, he got Talk Soup.

You might know him from Queer As Folk, Dude, Where's My Car?, I Love the 80s, Lab Rats or from my Stand Up or my Band ZERO 1