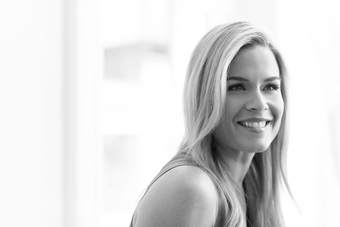 Spend an intimate evening at the beautiful Bacara Resort & Spa as Iron Chef Cat Cora discusses her experiences as a chef, culinary passion, and love for Santa Barbara. Then, join us afterward to mingle with other foodies while enjoying Santa Barbara inspired small bites by Bacara’s award-winning chefs and wine by our featured partner.

It’s no surprise that Cat Cora has become a world renowned chef. Her culinary aspirations began at an early age, and by 15, she had developed a business plan for her own restaurant. In 2005, she made television history on Food Network’s “Iron Chef America” as the first and only female Iron Chef, and in November 2006 Bon Appetit Magazine bestowed her with their Teacher of the Year Award, an award she calls, “the greatest recognition she could achieve as a chef.” That month, she was also honored with another great culinary distinction when she was named Executive Chef of the magazine. With restaurants at Macy’s South Coast Plaza, San Francisco and Houston’s airports and another at Walt Disney World, Cat’s bringing a taste of her culinary influence to both coasts.

Following advice from her famous mentor Julia Child, Cat left her native Mississippi for New York, where she received the education of her dreams at The Culinary Institute of America. While in New York, she apprenticed with and then worked for Chef Anne Rozenweig at Arcadia and worked at the Beekman Tavern under Chef Larry Forgione of An American Place.

Cat’s culinary education continued in Europe completing apprenticeships with two of France’s three-star Michelin chefs, George Blanc of Vonnas and Roger Verge. After returning to New York again, Cat honed her skills as a Sous Chef at The Old Chatham Shepherding Company under Chef Melissa Kelly. She soon headed West to plant her roots in Northern California, where she served as Chef de Cuisine at Napa Valley’s Bistro Don Giovanni.

Cat made her TV debut in 1999, as co-host of Food Network’s Melting Pot with Rocco Di Spirito. She went on to host My Country My Kitchen: Greece, Date Plate, and was one of the featured hosts on Fine Living’s Simplify Your Life. A documentary, Cat’s In The Kitchen, was also made about her first James Beard dinner in April, 2002.

Preceding Iron Chef America, Cat co-hosted Kitchen Accomplished on Food Network, where she worked with a design expert and contractor to surprise a homeowner with a 3-day kitchen makeover. In 2006, Cat appeared in NBC’s Primetime Miniseries, Celebrity Cooking Showdown, where celebrities were paired with famous chefs and competed in a timed cook-off à la Iron Chef America.

In May 2012, Cora stepped out of her chef’s jacket into a new role as co-host alongside Curtis Stone for Bravo’s new series, Around the World in 80 Plates. The two hosts traveled with 12 chefs competing in a culinary race across 10 countries in 44 days.

About Margerum Wine Company
Doug Margerum has been intimately involved in both food and wine for over 30 years in the Santa Barbara region, which has made him one of the pioneers in the industry. Upon his graduation from University of California, Santa Barbara in 1981, his family purchased WINE CASK. In 1994 the WINE CASK became one of 74 restaurants in the world to earn the Wine Spectator Grand Award. Doug sold the WINE CASK in 2007 and it re-opened in 2009 with partners Anda Ashkar and Mitchell Sjerven.

Margerum Wine Company produces limited quantities of wines made from grapes grown at the top vineyards from around Santa Barbara County. The wines are now made at their state-of-the-art winery located on Industrial Way in Buellton. Margerum carefully selects the vineyards with meticulous attention to detail in all factors influencing the ultimate quality of the wines, including pruning, soil, climate, and farming methods.

Two new wines have been recently been added to the repertoire. BARDEN wines – an exploration of cold climate grapes grown in and around the Sta. Rita Hills AVA. BARDEN is Doug’s middle name and its English meaning is “Lives near the boar’s den”… thusly they have adorned the label with an image of the wild boar that is pervasive in the area’s vineyards.

And…Rancheria Cellars, wines that have been produced in limited quantities from a specific terroir. The Spanish word Rancheria refers to a small, rural settlement. In these communities, collaboration, support and communication were vital to the success of all as great wine is always a group effort.