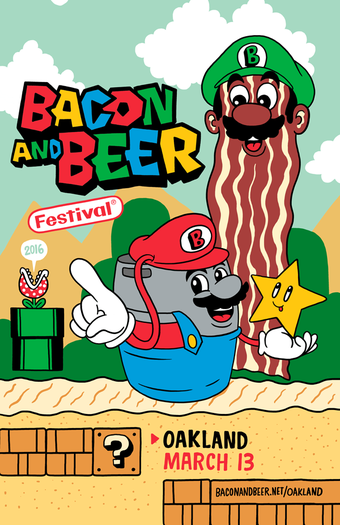 General Terms
Details subject to change. This is a 21+ event. Ticket includes beer and food samples while they last.

The Oakland Bacon and Beer Festival is coming back for Year 3! Woo! On Sunday, March 13th from 2:30pm to 5:00pm at the Market Building at Jack London Square, @eat Boston, Bison Organic Beer and Oakland Grown present the third annual Oakland Bacon and Beer Festival as a fundraiser for Oakland Grown. You can tell your pals about the event by inviting them or RSVPing here!